It is well known that owners and contractors have a duty to ensure the safety of their employees on the job. In British Columbia, for example, the Workers Compensation Act, RSBC 2019 c. 1 imposes on employers the obligation “to ensure the health and safety of all workers working for this employer and of any other worker present at a workplace in which the work of this employer is carried out”. 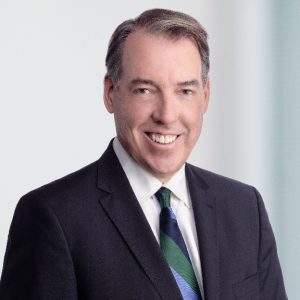 If a worker is injured while working on a construction site, his recourse is to submit a claim for compensation in accordance with the procedures set out in the Workers’ Compensation Act.

However, owners and contractors may also have obligations to non-workers entering construction sites in accordance with provincial occupant liability legislation. In cases involving injuries or accidents occurring on construction sites, the court is often required to determine which part or parts may qualify as an “occupant” and whether the occupant or occupants have fulfilled their legal obligation to maintain. the safety and security of the premises.

These issues were considered in Botosh v Ottawa (City), 2013 ONSC 5418, in which the court ruled that a general contractor can be an occupant under the Occupiers Liability Act, RSO 1990 c. O.2, and be responsible for injuries that occur on his site even if he is not physically in possession of the site at the time of the accident. 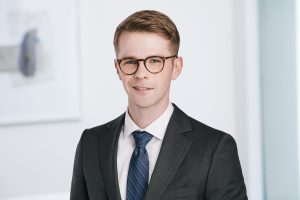 On November 8, 2003, the Plaintiff, a 26-year-old woman with mild cerebral palsy, was injured when she tripped over an unfinished gutter and concrete curb, which was part of a municipal road modernization project. in Ottawa. The plaintiff brought an action for damages against the City of Ottawa, as well as against the general contractor, Greenbelt Construction Company Ltd. and the paving subcontractor, Dibblee Construction Limited and Lafarge Paving and Construction Limited (collectively referred to in the matter as Dibblee).

The court first considered whether the condition of the sidewalk posed a risk of injury to the plaintiff. The court recognized that there was a height difference of approximately 1 1/2 inches between the road surface and the concrete gutter at the time of the accident and that no temporary ramp had been installed to cancel this height difference. In addition, no warning signs have been installed near the curb to warn pedestrians of the curb.

The court concluded that the sidewalk created a trip hazard which was not sufficiently mitigated by the defendants:

53 One of the purposes of the ramp at intersections is to ensure that people with disabilities or with accessibility needs are able to safely negotiate intersecting streets. Therefore, a 1.5 inch gap between the roadway and the sunken gutter is a hazard, while under normal conditions there would have been virtually no difference in height. This is a situation which required either the immediate installation of a temporary ramp if there was to be a significant delay before the final asphalt pour as in this case, or sufficient warning to pedestrians of the danger. such as installing signs and markers such as orange paint to individually identify potential hazards.

55 I find it to be predictable that with no temporary ramp in place and no warning in the immediate vicinity of the depressed sidewalk to indicate that the roadway / sidewalk was incomplete, a vertical gap of 1.5 inches at the intersection of St. Patrick and Dalhousie was a trip hazard.

56 Ms. Botosh met the test that a condition of no redress existed and that it was this non-redress that tripped and fell. The defendants knew or should have known about the state of non-reparation and did not take the appropriate steps to rectify this situation.

After declaring the defendants liable for the damages suffered by the plaintiff, the court then considered the division of liability among the defendants. The plaintiff argued that the three defendants were “co-occupants” and should share the liability equally. Greenbelt and the city argued that they were not occupants of the site and that Dibblee was solely responsible for the plaintiff’s injuries, since he had primary control of the site at the time of the accident.

The Ontario Occupiers Liability Act defines occupants as: “(a) persons in physical possession of a premises, or (b) a person who has responsibility and control over the condition of the premises, or activities carried out there, or the control of persons authorized to enter the premises.

In cases involving multiple occupants, courts have held that an occupant cannot circumvent their legal obligations by ignoring the poor maintenance practices of a co-occupant.

In this case, Greenbelt ceded the site to Dibblee on September 30, 2003. There was no evidence that Greenbelt employees visited the site after that date. Representatives for Dibblee testified at trial that Dibblee did not need an expert to receive supervision from Greenbelt after taking control of the premises. Evidence at trial also established that Dibblee was handling certain site security tasks, such as identifying hazards by placing pylons and orange markings around the site.

Despite this, as a general contractor, Greenbelt retained its responsibility to oversee and manage the progress of Dibblee’s work and ensure that the work was carried out in a safe and timely manner. Greenbelt and the city were also responsible for signage and traffic management around the site.

In view of the foregoing, the tribunal ultimately concluded that, despite the fact that primary control of the site rested with Dibblee, Greenbelt and the city continued to be occupiers due to their continued obligations to manage and supervise the site. .

As a result, 50 percent of the liability for the plaintiff’s injuries was attributed to Dibblee, while the city and Greenbelt were each held responsible for 25 percent.

Botosh confirms that the Occupant Liability Act imposes obligations on parties who exercise physical control and / or who exercise organizational or managerial control on a job site. Therefore, owners and contractors cannot condone the unsafe practices of their subcontractors and can be held liable for any accidents resulting from these practices.

For this reason, it is prudent to establish clear safety policies for the condition and activities undertaken on a construction site, as well as to organize safety meetings and regular inspections with the party responsible for the physical control of the construction site. local. Taking these reasonable steps to ensure the safety of the premises will reduce the likelihood of accidents on site, as well as the risk of liability of the owner and the general contractor in the event of an accident.

Botosh was decided under the Ontario Occupiers Liability Act. However, the similarity of provincial occupant liability laws in territories such as Ontario, British Columbia, Alberta and Nova Scotia, to name a few, means that the principles set out in this case are likely to apply across Canada.