The $ 4 million reconstruction project at Memorial Wharf in Edgartown is almost halfway through and is expected to be completed by the spring after a few construction hiccups.

A major public works effort by the city in the face of rising waters, the project will raise the wharf about a foot and a half and rebuild its crumbling infrastructure, with the goal of supporting it for decades to come.

Work began this fall and will continue throughout the winter. The contractor for the project is BTT Marine Construction.

Funding comes from $ 3 million in municipal meeting appropriations and $ 1 million in state grants from the Econonmic Seaport Council.

Work on the wharf is the second stage of a three-phase project lasting five to ten years to renovate and raise the entire parking lot. Future plans also include the elevation of Dock Street.

This is the third major climate change-inspired project undertaken at the Port of Edgartown in recent years.

At Memorial Wharf, unforeseen issues included stacking too close to an underwater electrical conduit and the discovery of significant corrosion in the steel coating under the parking lot adjacent to the Chappaquiddick ferry. 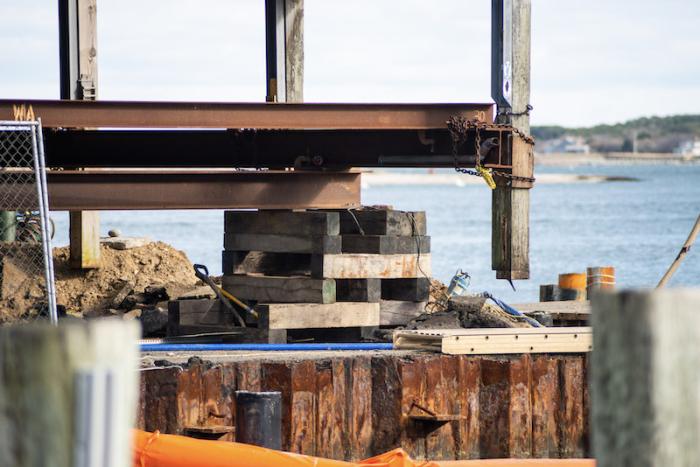 The shoring of the old wharf facing the rising waters is part of a three-phase plan that will also include the elevation of Dock Street. – Ray ewing

“All the little problems we had to face, we got over them. We have a good team in place. . . and we get along with the [Chappy] ferry. . . we arrange each other, ”said Steve Ewing, chair of the Memorial Wharf restoration committee, in a recent interview with The Gazette. “We are moving very productively now. If time holds reasonably well, we should be able to finish on time and on budget. “

The completion date has been set for Memorial Day.

The deterioration of the top 18 inches of the steel sheet was described in an engineer’s note to the wharf committee. The wrong steel has been cut and a concrete cap will be added to wrap an additional 12 inches of steel. Then two feet of new steel will be added above the concrete cap.

“We have come up with a good plan to deal with it,” Ewing said.

He said the concrete will be poured in the coming week.

Utilities giant Eversource reported last month that a proposed stack was potentially too close to a bundle of submarine cables that feed Chappaquiddick. The city agreed to change the angle of the stilts and a representative from Eversource was on hand to make sure everything went according to plan. 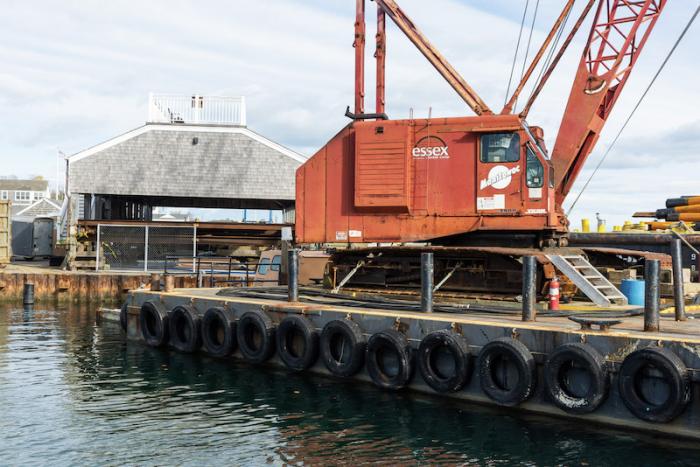 The contractor for the project is BTT Marine Construction. – Ray ewing

“The Eversource issue was a challenge that we took on and we did well. Everyone is happy with that conclusion and we were able to place all the piles where they needed to go to support the dock and pavilion without hitting the cables, ”said Mr. Ewing.

The city incurred approximately $ 300,000 in additional costs for the work, according to a change order. The cost is part of the emergency budget built into the contract, city administrator James Hagerty said.

All of the load bearing piles have been driven, according to Ewing. Once the concrete cap is poured, the new wharf will be framed in front of it. The new wharf will then be bridged and the pavilion will be put back in place. The last part of the job is to repeat the cutting and plugging process on the sides of the dock not covered by the pavilion.

“To complete the job, there is still a lot of work to be done,” said Mr. Ewing.

Mr. Hagerty provided an update on the project to the Edgartown board of directors last week.